Focus on the first edition of the Megève Savoy Truffle Festival

What to do in Megève during summer when the snow has melted? The activities and charms of the resort do not lack, as for the cultural offer, it is of such richness that it does not allow a day of boredom, between hikes or excursions in the region of Savoie Mont-Blanc. If Megève is considered by institutions such as the New York Times as one of the most beautiful tourist destinations in the world, it is also because Megève is a city of culture. From the Megève Blues Festival to the Estivales de Megève, and the International Jazz Festival in Megève, the regulars of the Savoyard resort know that every year they will find their upscale cultural events in an exceptional setting in the heart of the Alps. at the foot of Mont Blanc.

Not content with such a variety of cultural events, Megève welcomes this summer 2018 the first edition of its new festival Savoy Truffle. Beatles fans know that the "Savoy Truffle" (like the song on the famous "White Album" of 1968) is the idea of a chocolate candy so delicious that you would enjoy it without knowing how to stop. It is with the same desire that seems to have been imagined the festival of the same name in Megève, since the cultural event is multidisciplinary.

Taking place from August 17 to September 2, 2018 in Megève, this 2018 edition will host for two weeks; music, cinema, literature, theater, under the sign of a thematic thread: the Pays de Savoie. The region is a haven of cultural treasures, and Megève intends to remind us.

We will meet there, of course, some children of the country: the violinist Renaud Capuçon, the writer Eric-Emmanuel Schmitt, among the most illustrious. The Savoy Truffle Festival will also be an opportunity to see Savoy, which has hosted the most beautiful cinema scenes, the one that inspired local artists, sportsmen and writers. A cultural festival under the sign of the summits, but accessible to all, since it does not forget to spoil the children, with a part of the program being especially dedicated to them. 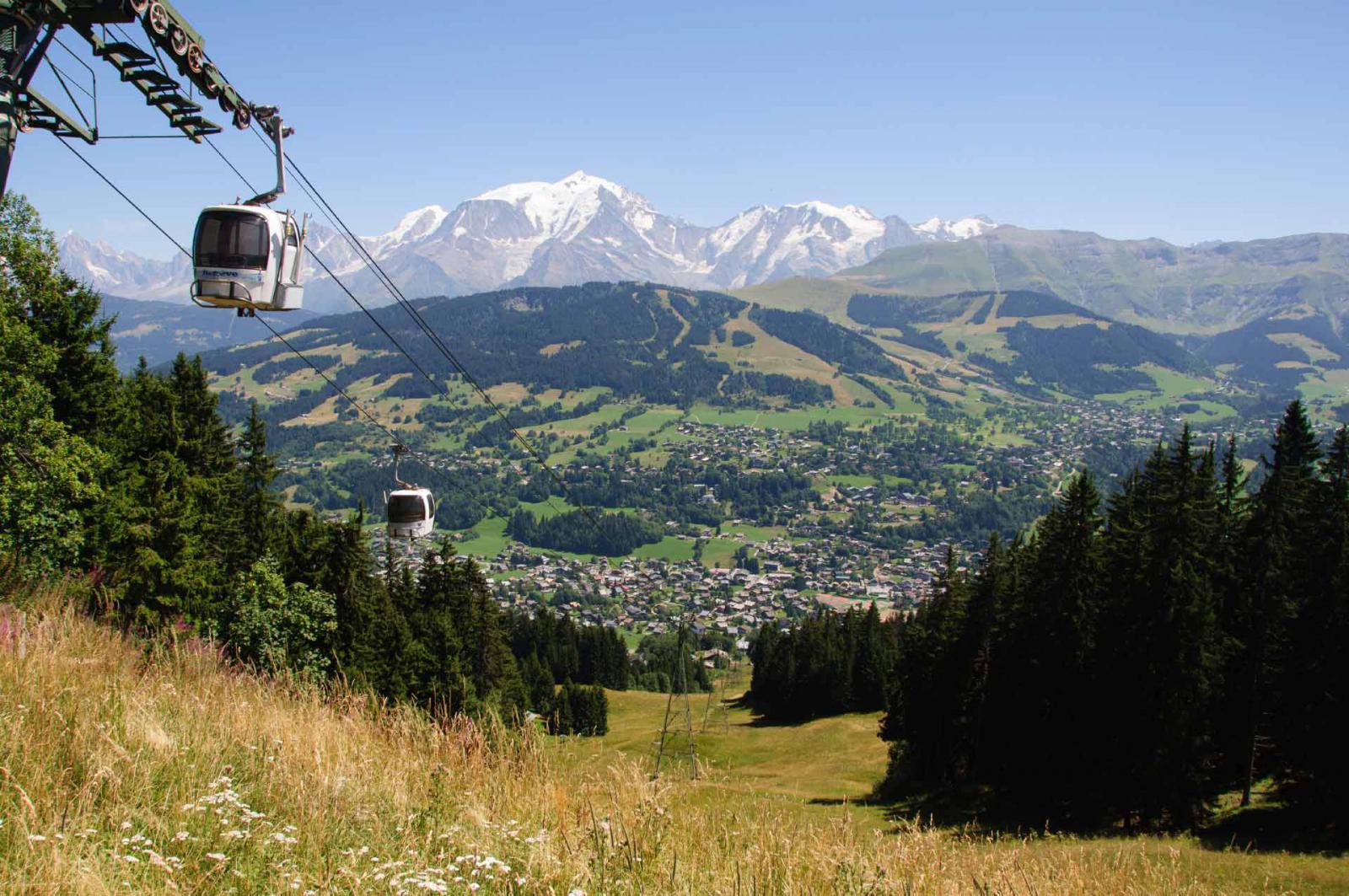 Savoie in the spotlight

The enlightened visitors of the country are not unaware that Savoy is one of the world's foremost places of Baroque art. What's more natural then, to open the festival with a tribute to the famous composer Megevan Georg Muffat (1653-1704), student of Lully, friend of Corelli, inspirer by Bach, please. For this grand baroque opening, his Concerto Grosso and a passacaglia will be performed by the Baroque Orchestra "Les Musicians du Louvre" and harpsichordist Rebecca Maurer. The spectator fond of music of the Grand Siècle will then hear works by Gottlieb Muffat, Jean-Baptiste Lully, and finally Elisabeth-Claude Jacquet de la Guerre. This opening concert will be held naturally in the Saint-Jean Baptiste Church of Megève, which is part of the Baroque circuit of Savoy, and where Muffat was baptized.

The region is definitely not left behind musically, since among the many concerts that will be given in Megève during its festival of end of summer, one will be able, for example hear the Orchestra Accordionist of Savoy play, the Symphonic Orchestra of the Alps, or even the Orchester des Pays de Savoie.

The new multidisciplinary festival will not forget to pay tribute to the beauty and paradoxical hospitality of its mountains, through a range of appointments around its history and identity. "Truffle Talks" conferences will be the occasion of interviews with the Savoyards Sylvain Saudan, mountaineer, or the historian Gabriel Grandjacques. The first, skier of the impossible, will take part in the margin of the projection of his film "The List" on the theme of "The extreme mountain", while the second will return on his book "La Montage-refuge", which traces the history of these families having found shelter in particular in Megève during the second world war.

Savoyard mountains decidedly inspiring, will be recalled by film screenings filmed in the region or referring to famous pages of its history. The Megève Savoy Truffle will allow moviegoers to see or see again on the big screen Visconti's classic; Le Guépard (1963), romancing the epic of the Duke of Savoy who became king of reunited Italy. The Alps on film, it is also the occasion to savor beautiful pictures of Johnny Halliday in the "Salaud, on t’aime" (2014) by Claude Lelouch, shot in Praz-sur-Arly. 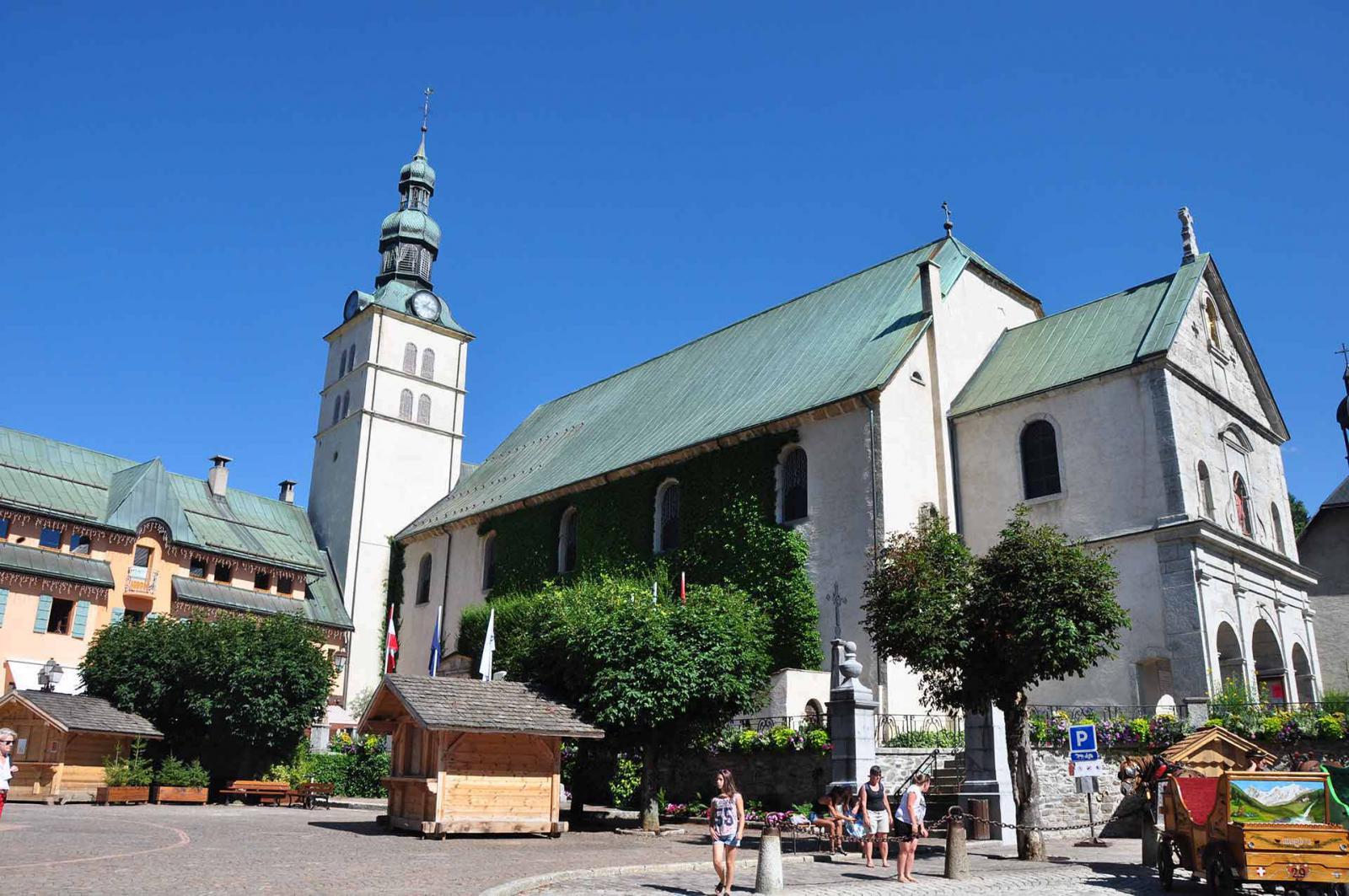 As headliners of the Megève Savoy Truffle Festival, it is not surprising to find illustrious "locals of the stage". For this first edition, the writer Eric-Emmanuel Schmitt and the musician Renaud Capuçon will make Megève the honor of their presence.

Impossible to make a festival dedicated to the cultural nuggets of the Country of Savoy without the presence of one of the two illustrious Capuçon brothers, born in Chambéry. It is therefore the violinist of the siblings, Renaud Capuçon, who will perform with his pianist Guillaume Bellom, Bach, Ravel, Strauss and a sonata of Claude Debussy, which will celebrate the 155th anniversary, on the same birth day. 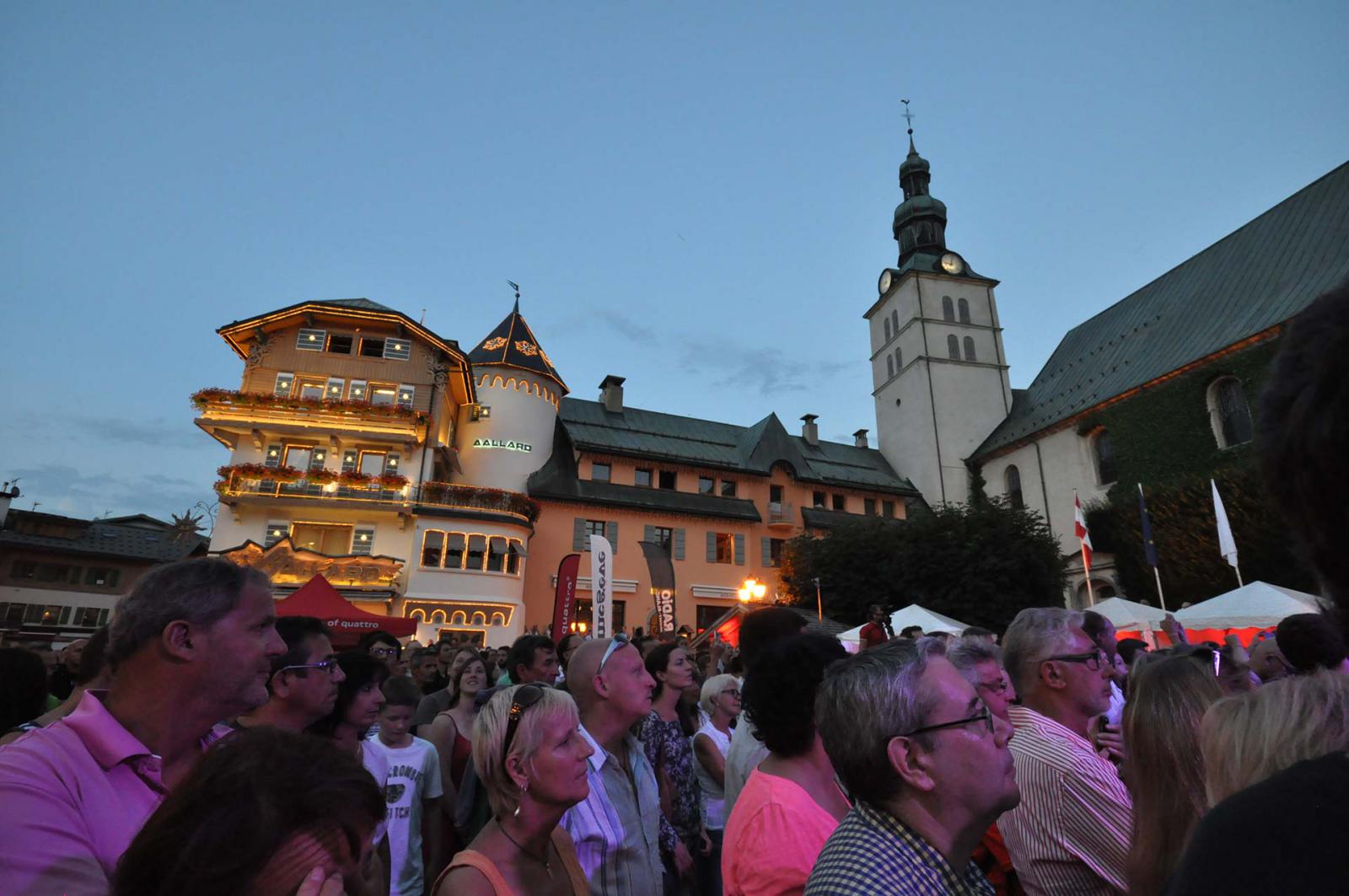 Born in the Rhône, raised in Savoie, lecturer in philosophy at the University of Savoie, Eric-Emmanuel Schmitt is at home at the foot of Mont Blanc. The Prix Goncourt 2010, will read his work "Concerto in memory of an angel" (which ends in Lake Annecy). Savoie forever, and always the music since the work tells the destiny of a jealous and proud pianist who must choose the glory or friendship of fellow violinist. The Savoyard writer will also be present alongside David Robert Coleman, conductor and composer at the Staatsoper Berlin, and Maximilian Simon, violinist, for an interview on the relationship between literature and music. 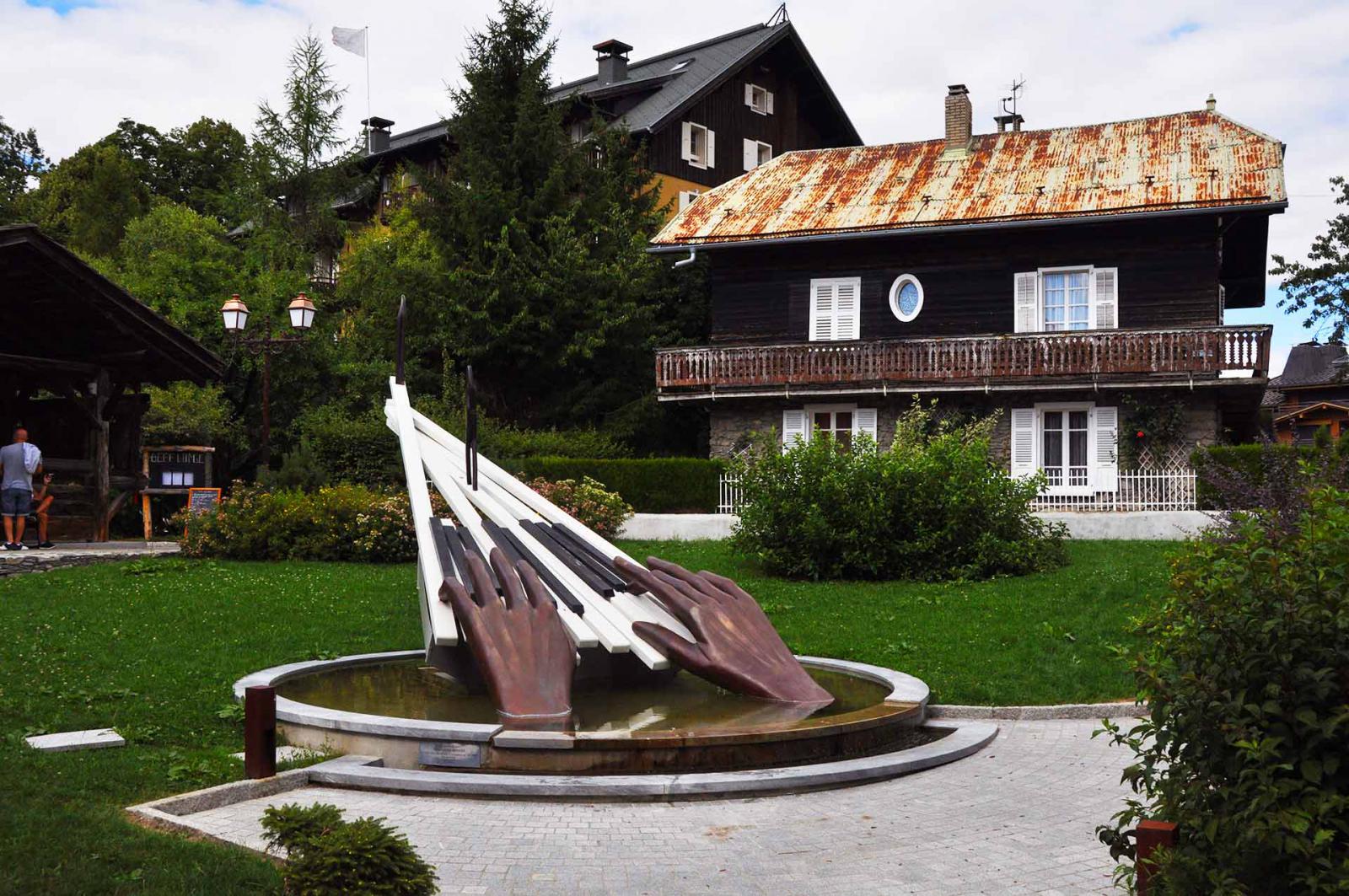 A festival for the entire family

The program of the Megevan festival is upscale, and definitely does not forget anyone, since even children will find their account. The organizers have thought that you may be with family in Megève this summer and have set up a "kids corner". This space dedicated to those 5 years and over will offer entertainment and cultural activities every night from 18:30 to 21h, throughout the festival. While parents will be able to enjoy their evening concert serenely, the youth program will allow youngsters to discover shows or animations designed for them. On the menu: theater with the company Pierre Caillou, the Compagnie du Corbeau, music with the Geneva Brass Quintet, or the workshop " Neither hedgehog nor doormat " in collaboration with Graines de Paix, which offers educational solutions for a lasting peace.

Note that the "kids’ corner" is free for holders of a festival pass and pay (10 €) for others. After the show or workshop, children will be held and taken care of until the end of the event on the main stage. 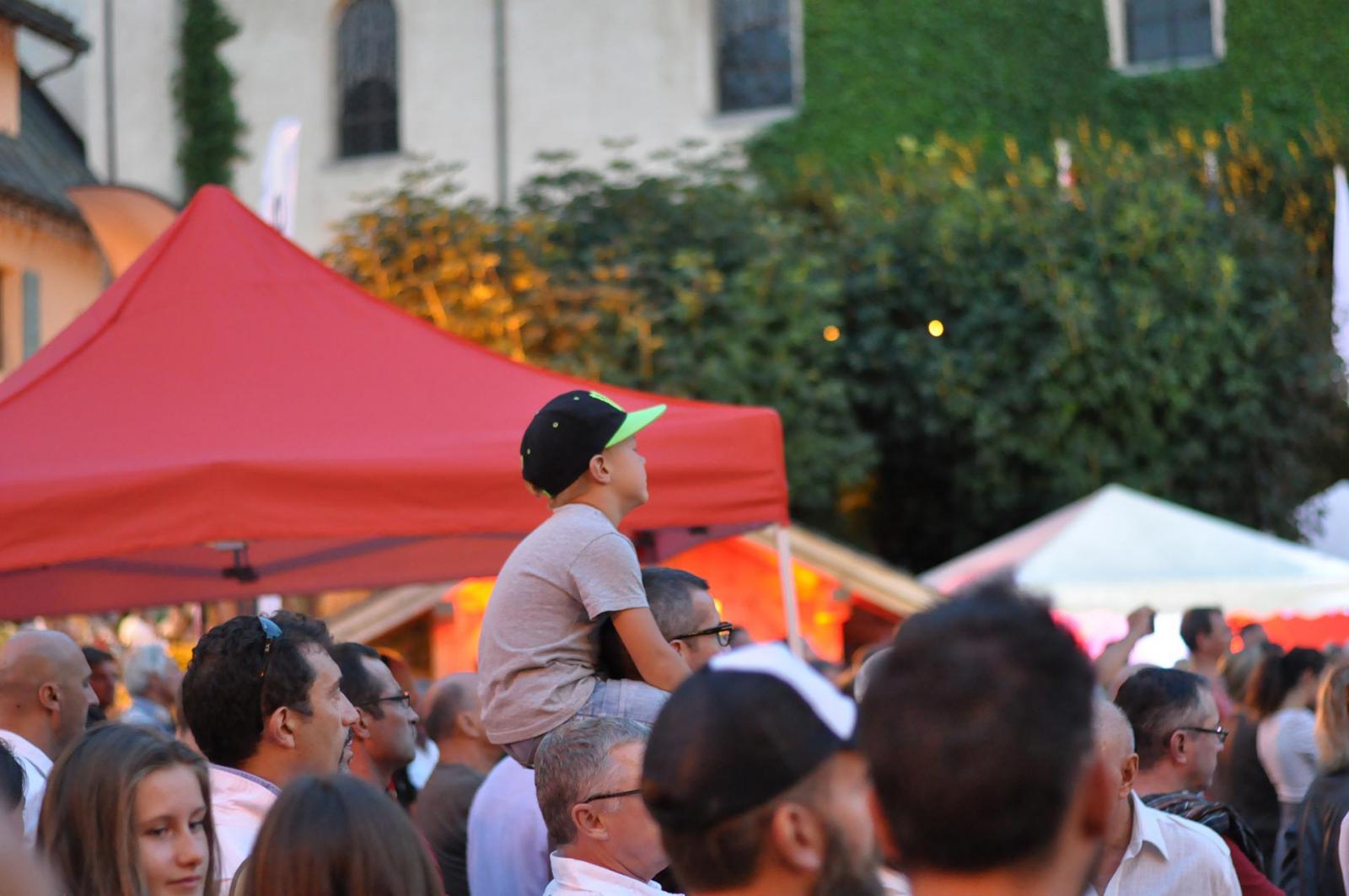 In short, attending a show in Megève this summer, for both adults and children, should not be a problem. The Mont-Blanc region, which is already full of quality cultural events, has just acquired a new multidisciplinary festival whose echo should easily resonate well beyond the peaks of Mont d'Arbois and Mont Joly.